Eszter is inspired by the Jewish musical tradition of the Eastern European heritage in which she grew up. In versatile composer, arranger, musician Fodo she had found her dream musical partner. The ancient Jewish songs are sung in many different languages in her unique interpretation while the arrangement mixes Hungarian and Balkan folk instruments with today’s technical influences. There is a folk song from the beginning of the 20th century from Transylvania and the most ancient is in Aramaic from a thousand year ago from Iraq.

Eszter’s music uses a unique fusion of styles where the ancient Jewish melodies in Hungarian, Yiddish, Hebrew and Judeo-Spanish take you from Hungary to the Middle East, Persian Gulf, the shores of the Indian Ocean along the desert to the Mediterranean. On the journey you can find poems of Hungarian poet’s musicalized by Fodo and newly written songs as well.

The band’s music sometimes sofisticated and intimate, but mostly it is cheerful, passionate, virtuoso and uplifting.

„ and that was not only a singer’s voice anymore, but a release of some ancient energy” Women’s Magazine (2008) 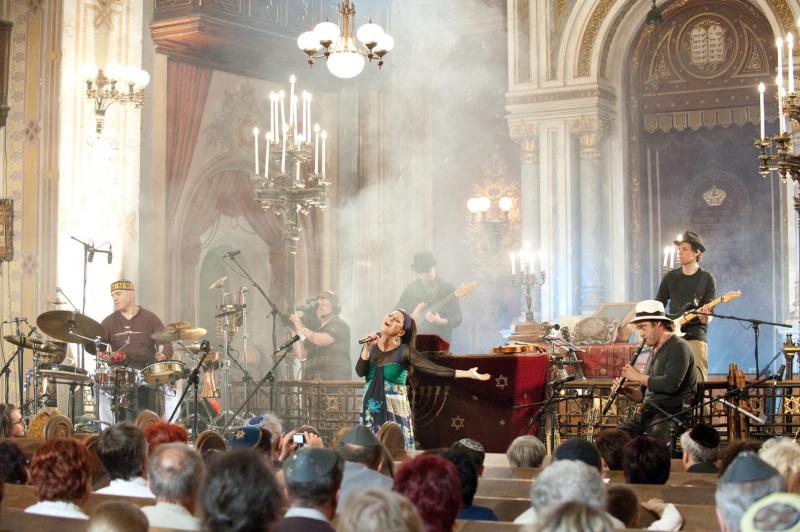